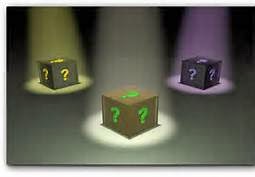 #PaulBabicki
#netiquette
#email
Posted by paul babicki at 8:50 PM No comments:
Email ThisBlogThis!Share to TwitterShare to FacebookShare to Pinterest

How to Identify and Avoid Health Insurance Enrollment-Related Phishing Scams

Submitted by Nick McGregor on Tuesday, October 29, 2013
The October 1st rollout of federal health insurance exchanges has suffered from numerous technological glitches. However, another negative outcome — phishing scams disguised as official-looking enrollment emails — isn’t the fault of the government or its IT contractors.

• Why phishing, and why now? Periods of confusion provide great opportunities for a scammer. The current upheaval in health insurance delivery, with the federal HealthCare.gov site, multiple state-run exchanges, Medicaid expansion, and legitimate third-party/broker options, is a great example. Consumers are "faced with the challenge that there’s no official marking or labeling that they can look at on a site to know that it’s officially sanctioned,” says Christopher Budd, threat communications manager for Trend Micro. "A survey of state and third-party sites also shows that [many] aren’t required to verify the site using SSL [secure socket layers].” As a consequence, consumers are “going to be faced with potentially hundreds or thousands of sites that claim to be legitimate but won’t be able to easily verify that claim.”

• What do these scams look like? Many suspicious emails will purport to be serious communications about health insurance enrollment. But rather than directing users to HealthCare.gov or an official state site, links point to bogus websites designed to glean personal information. In certain instances, simply opening an email or clicking on a link will immediately load malware on a user’s computer.

• How can these phishing scams be prevented? The first step is obvious: avoid opening any email that comes from an unrecognized sender, especially if it contains attachments or links that look suspicious. URLs like healthcare.com, obamacare.com, and healthinsurancemarketplace.com are NOT official sites. Meanwhile, Internet addresses that contain long strings of jumbled letters and numbers instead of words are also indications of scams. Avoiding search engine queries to find health insurance exchanges is another way to steer clear of fake sites.

• What can small businesses do to protect themselves and their employees? Company-wide Internet filtering can prevent workers from accessing some unauthorized websites. Employers should also take extra precautions to alert their employees when and from whom any insurance or enrollment-related communications will arrive. Also, notifying IT support staff — whether internal or external — when obvious phishing attempts do arrive can also cut down on future threat of fraud or infection.

Anyone with questions about the health care exchanges is encouraged to call the federal hotline at 1-800-318-2596 (small businesses can call 1-800-706-7893). Although HealthCare.gov is still experiencing some technical glitches, recent news reports state that call center wait times are currently quite short.

Posted by paul babicki at 10:18 PM No comments:
Email ThisBlogThis!Share to TwitterShare to FacebookShare to Pinterest 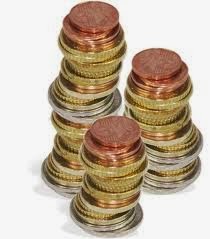 Few could have imagined, even a few years ago, that they would be able to send money via email, without accounts. This will of course open up new areas of potential misuse both from a security perspective and a Netiquette one.
11/9/2013

Square Cash, the Service That Lets You Email Money to Friends, Is Now Public
In May, news leaked that Jack Dorsey’s Square had developed a product called Square Cash, which would let people transfer money to any other individual’s debit card via an email message. When my colleague Mike Isaac wrote about it, the service was in a private test with employees of Twitter, Box and Pinterest.
Tonight, Square has opened up the service to the general public in the U.S. And it has knocked off the 50-cent fee it had originally planned to charge senders. (I asked a Square spokesperson if the company will keep the product free permanently. “Perhaps we’d offer something higher value in the future,” she wrote, “but no plans at this time.”)

People who want to send money to friends have to input their debit-card information the first time they use the service. After that, they simply enter the recipient’s email address, add “cash@square.com” to the CC field, and the dollar amount to the subject line. On the other end, recipients are prompted the first time they receive a payment to connect their debit-card information. At first blush, I thought this might be a ploy — and a pretty clever one at that — to push people into signing up for Square Wallet, the digital-wallet service that lets you pay in stores and cafes using only your phone and name. But Square said the Square Cash service isn’t linked to Square Wallet at all. There’s no account to set up. There’s also a separate Square Cash mobile app that lets you accomplish the same thing.
Still, if people gravitate to this Square product, other services in the Square portfolio might become an easier sell.

But it’s not without its competitors. PayPal, of course, allows for transfer between individuals, but both parties must open a PayPal account. Payments company Braintree), has built somewhat of a cult following among certain demographics for its app that lets you send money to friends. And Google is slowly rolling out a similar function to Gmail, though the feature is connected to Google Wallet.

In the end, though, adoption may not come down to competition, but to this simple question: Will anyone other than early adopters trust this new method of payment?


Posted by paul babicki at 7:10 PM No comments:
Email ThisBlogThis!Share to TwitterShare to FacebookShare to Pinterest

Who had the highest IQ? and be a Netiquette IQ genius! 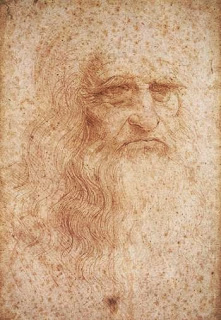 Posted by Paul Babicki author of Netiquette IQ - A Comprehensive Guide to Improve, Enhance and Add Power to Your Email.

Move over daVinci, Einstein and Newton! Here is the man who has the highest IQ of all time. See the end of this listing to see how to become a Netiquette genius!

1. William James Sidis
Born in America in 1898, William James Sidis was a wunderkind extraordinaire, gifted with an astounding IQ estimated between 250 and 300. This polyglot went to a grammar school when he was only 6 years old and graduated just within 7 months.
As if that wasn’t impressive enough, at the age of 9, he was already a Harvard student, but since he was too young, he was advised to take a couple of years off just to give his personality some time to catch up and be on a par with his intellect. At the age of 11, he became the youngest student to have ever enrolled at the Harvard University. He graduated cum laude at the age of 16, and entered Harvard Law School at 18.

The answers are below: