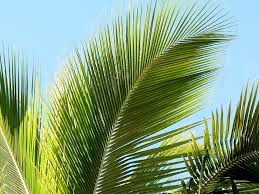 
20 Hard-to-Pronounce Words You're Probably Getting Wrong

by Olivia Valdes
Olivia Valdes is a college admissions consultant and the founder of Zen Admissions.
Updated January 14, 2019

We all know the embarrassing feeling of discovering we've mispronounced a word for years. On the other hand, some words are so commonly mispronounced that the "correct" pronunciation sounds downright strange.

Don't feel bad if you've been mispronouncing some of these tricky words. A living language like English evolves and thrives precisely because it is spoken every day. Some choose to adhere to rigid rules (known as linguistic prescription) of grammar and pronunciation and take pleasure the precision of English grammar and vocabulary. Others prefer the descriptive linguistics approach, which doesn't apply judgments like correct or incorrect, but instead looks at how language is actually used.

In other words, as long as people can understand you, you are successfully using language for its primary purpose: communication.

Posted by paul babicki at 10:20 PM No comments:
Email ThisBlogThis!Share to TwitterShare to FacebookShare to Pinterest

Maxim
Glossary of Grammatical and Rhetorical Terms
Maxims can be tricky: one maxim (such as "Too many cooks spoil the broth") may be countered by another ("Many hands make light work"). See What Is a Maxim?. (Fox Photos/Getty Images)

by Richard Nordquist
Richard Nordquist is a freelance writer and former professor of English and Rhetoric who wrote college-level Grammar and Composition textbooks.
Updated March 20, 2017
Definition
A maxim is a compact expression of a general truth or rule of conduct. Also known as a proverb, saying, adage, sententia, and precept.
In classical rhetoric, maxims were regarded as formulaic ways of conveying the common wisdom of the people. Aristotle observed that a maxim may serve as the premise or conclusion of an enthymeme.
Etymology
From the Latin, "greatest"
Examples and Observations
A fool and his money are soon parted.
John Smith is undeniably a fool when it comes to money matters.
John Smith is sure to lose out on his investment.
The value of maxims, according to Aristotle, is that they invest a discourse with 'moral character,' with that ethical appeal so important in persuading others. Because maxims touch upon universal truths about life, they win ready assent from the audience."
(Edward P.J. Corbett and Robert J. Connors, Classical Rhetoric for the Modern Student. Oxford University Press, 1999)

- "The orator, says [Giambattista] Vico, “speaks in maxims.” But he must produce these maxims offhandedly; as practical matters always require immediate solutions, he does not have the time of the dialectician. He must be able to quickly think in enthymemic terms."
(Catalina Gonzalez, "Vico's Institutiones Oratoriae." Rhetorical Agendas, ed. by  Patricia Bizzell. Lawrence Erlbaum, 2006)
Pronunciation: MAKS-im
April is the official month for: