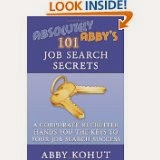 This blog is a special one.  I am delighted to present the first book review for the Netiquette IQ blog.  It was a decision inspired during a recent meeting of the Breakfast Club of NJ.  Abby Kohut was the featured speaker and gave a great presentation.  I learned she had authored a book and I left the meeting with one in hand.  After a few days of enjoyable reading, I was impressed with the quality of her work.  Since many of this blog readers are job seekers, I wanted to present it for those who are actively or may soon be seeking employment. It should be recommended to those you know who are seeking employment.

The book is a lucid, yet deep and rich, trove of information and inspiration for the job seeker. Her approach is not dogmatic, indeed, it is creative and direct. One of her core philosophies is simply put (in a Zen way). “The most important opinion that matters is YOURS.”  This encouragement is to use the huge amount of tools she presents and the means of deploying them.  While her detail is commendable and flexible, she makes a wonderful blend of wit, style, energy, empirical information and an underlying faith in her readers. Lastly, Abby maintains a true tone of empathy throughout her book, never losing sight of her reader’s needs.

She is a Florence Nightingale in the arena of job search.
In short, if you are looking for one of the best single book resources for your job-seeking, this is it!

The review below is from Kirkus.

NETIQUETTE IQ: A COMPREHENSIVE GUIDE TO IMPROVE, ENHANCE AND ADD POWER TO YOUR EMAIL
A revealing primer on the art of effective emails and other communications.
Babicki, in his debut self-help guide, covers the many peculiarities of computerized messaging: How to shape an eye-catching subject line; how to troubleshoot error messages from a returned email; what the file-extension suffixes on attachments mean; what the email time stamp tells others about your personality (night owl vs. early riser); and how to craft a corporate email security policy. His advice on these sometimes-arcane topics is precise—“RTF format should only be used when it is certain that the recipient uses Outlook”—while also remaining intelligible to laypeople. The author also instructs readers on time-honored principles of proper English and clear expression. He delves with detailed lucidity into rules of grammar, punctuation and usage; prescribes the proper formatting of numbers and dates; and inveighs against the dangling participle. He also explores the tonal shadings of different kinds of salutations, crusades for concise and gracious style, warns against the gassy redundancy of such wordings as “final outcome” and “at an early time,” and appends a blacklist of “the most irritating phrases,” from “out of the box” to “team player.” Good writing grows from good thinking, so he instructs readers on the pitfalls of logical fallacies, from the ad hominem attack to the begged question, and on the distinctions between assumption, presumption and inference. Furthermore, since communication is the cornerstone of civilized life, he limns its legal and moral underpinnings in copyright and plagiarism strictures, codes of courteous Internet deportment and techniques for pacifying flame wars. (He recommends a “Zen” approach, for example, in replying to angry missives.) The result is a mashup of Strunk and White, Miss Manners, Aristotle and Microsoft Help, all laid out in a well-organized, very readable text sprinkled with amusing examples and phrased in the tart, aphoristic style of an exacting schoolmaster (“The better it sounds, the more it is trusted”). Overall, Babicki’s technical expertise and literary aplomb make this a fine manual for the everyday scribe.
A comprehensive, stimulating guide to getting the word out.

Please visit our websites
www.netiquetteiq.com
www.tabularosa.net
Posted by paul babicki at 5:01 PM No comments:
Email ThisBlogThis!Share to TwitterShare to FacebookShare to Pinterest 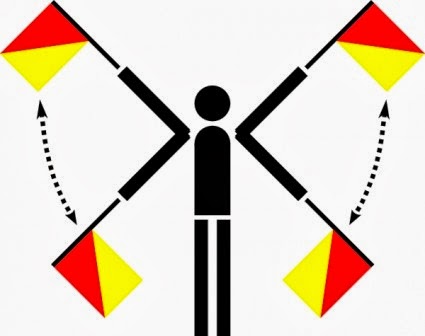 The Meaning of the Numbers

All robust-email users encounter returned messages. When reading the reasons given for returns, a large percentage of the senders do not understand the explanations. The following list provides brief definitions for the most common email errors. These are important to reference from a Netiquette point of view, in case a late or resent message or unavoidable error happens to serve as a reason for issues such as missing deadlines or similar occurrences.

A mail server will reply to every request a client (such as your email program) makes with a return code. This code consists of three numbers.

The first number usually signifies whether the server accepted the command and if it could handle it. There are five possible values:

1)   The server has accepted the command but does not yet take action. A confirmation message is required. Currently, this is not used.

2)   The server has completed the task successfully.

3)   The server has understood the request but requires further information to complete it.

4)   The server has encountered a temporary failure.

5)   The server has encountered an error.

The second number gives more information. These six errors are defined as follows:

The last number is the best recognized and shows more detail of the mail transfer status. The list names ESMTP server response codes, as defined in RFC 821 extensions.

The following error messages (500–504) are for the email client.

Posted by paul babicki at 9:21 PM No comments:
Email ThisBlogThis!Share to TwitterShare to FacebookShare to Pinterest 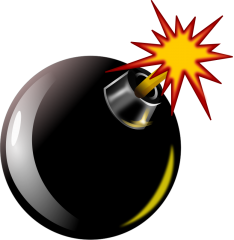 Netiquette has, at its core, the basis for maintaining safe information to senders, recipients and hosts. This article is frightening. It really shows the need for constant vigilance. If a small country like Syria is able to crack one of our largest technology companies, arguably there is much more to do for added security. The following article, via Netiquette IQ, is offered to assist Netiquette IQ readers in raising the alarm about their respective infrastructure environment.

The attack comes days after the same group, the Syrian Electronic Army, claimed responsibility for a series of attacks against a Microsoft blog and the company’s Twitter account.

Microsoft confirmed the breach in a statement: “A social engineering cyberattack method known as phishing resulted in a small number of Microsoft employee social media and email accounts being impacted. These accounts were reset and no customer information was compromised. We continue to take a number of actions to protect our employees and accounts against this industry-wide issue.”

As with prior security incidents attributed to the SEA, the attack was carried out via phishing, a technique where a legitimate-seeming email attachment containing malware is sent to an employee of a targeted company or organization. Opening the attachment executes the malware, which gives an attacker remote access to a system or compromises an account.
In claiming responsibility, the group posted to Twitter a partial screenshot of the contents of at least one internal email between Microsoft employees.

The Syrian Electronic Army claimed credit for a series of attacks against Microsoft sites and one of its Twitter accounts four days ago. Today it said its attacks against the company are ongoing. 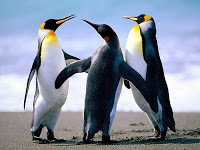 Writing effective and proper emails, utilizing good Netiquette, necessitate an understanding of what type of email one is writing. The following represent several of these. The remainder will be sent in the next blog.

Every email can be categorized into arguably, at least ten unique types.  All of these share common Netiquette principles.  Additionally, there are unique attributes and particulars which are specific to each category.  As such, insuring proper adherence and optimizing best practices within each mail type insures the best possible results.  There are obvious differences, attributes and nuances for each and these will be discussed in this section.
1)            Personal – Clearly this type of email allows for the greatest flexibility, particularly with immediate family.  Moreover, this type of email tolerates the greatest range of Netiquette interpretation.  Despite allowing for exceptions these should not go so far as to affect and carry over into authoring other more formal and structured compositions.  Remember the rule of “composing emails consistently.”  The composer of personal emails should, at a minimum, keep within the basic rules of Netiquette. In a personal email, the salutation, body, closing and signature can accommodate the most flexibility.
2)           Introductory – This category of email can be a personal, business or solicitation form.  By its very name, the usual common thread is that it is a first time message and might very well be one that is not expected by the recipient.  Therefore, special attention must be given to the subject line and first paragraph in order to a) be opened; b) be read; and c) be effective.
In terms of the subject line, an attention producing or recognizable description is very important, particularly if the sendee has no reason to open the communication from seeing the user’s name, organization or cc receipts.  For example, if the message is referral precipitated, the person should be mentioned in the subject line such as:
“John Brown suggested I contact you”
“Our mutual friend John Brown”
If there is not a common thread, a short and pertinent subject title is very important.

The first paragraph of an introductory message should get straight to the issue.  If there is a referral, the party should be mentioned right away:

“My name is Sam Smith. We have not previously met and the reason for this email is Jane Brown suggested I contact you."  Any amenities can be done later.  Keep the overall email short and purposeful.  State a next step or action and specifically give the recipient a convenient way to reply.

3)     Emotive - These types of email express some sort of emotion ranging from congratulatory to ones of sympathy.  These can be personal, business or informative.  They might be addressed to a single individual or to an entire company.  Similar to the introductory email, these should be brief and provide for an explanation or purpose of the email in the first sentence or paragraph.  Any niceties or supplemental information can be added after this.  Keeping the message on key is usually the most appropriate and most adherent to Netiquette.  Requests for replies are usually not appropriate.