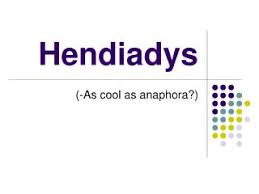 Hendiadys (pronounced hen-DEE-eh-dis) is a figure of speech in which two words joined by and express an idea that is more commonly expressed by an adjective and a noun. Adjective: hendiadic. Also known as the figure of twins and pseudo coordination.

Critic Frank Kermode described hendiadys as "a way of making a single idea strange by splitting an expression in two" (​Shakespeare's Language, 2000). 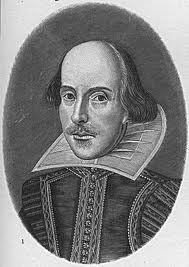 William Shakespeare used hendiadys "almost compulsively" in several of his plays (J. Shapiro, 2005). More than 60 instances of the figure appear in Hamlet alone (e.g., "a fashion and a toy in blood," "the perfume and suppliance of a minute").

Pronunciation
hen-DEE-eh-dis
Alternate Spellings
endiadis, hendiasys
Etymology
From the Greek, "one by means of two"
Examples and Observations

"[Hendiadys is the] expression of an idea by two nouns connected by 'and' instead of a noun and its qualifier: 'by length of time and siege' for 'by a long siege.' Puttenham offers an example: 'Not you, coy dame, your lowers and your looks,' for 'your lowering looks.' Peacham, ignoring the derivation of the term, defines it as the substituting, for an adjective, of a substantive with the same meaning: 'a man of great wisdom' for 'a wise man.' This redefinition would make it a kind of anthimeria."
(Richard Lanham, A Handlist of Rhetorical Terms. University of California Press, 1991)
The Hendiadic Formula

"We frequently join adjectives on the pattern of nice and warm, good and loud, big and fat, sick and tired, long and leggy. Each of these pairs represents a single concept in which the general idea contained in the first adjective is explained or specified or opened up by the second; and, insofar as such expressions may be continually invented, the pattern seems the closest thing to adjectival hendiadys in English. Formulaic phrases such as nice and and good and may be completed by virtually any adjective (or at least any pithy one) in the language. Being formulaic, however, they lack the elements of surprise, or improvisation, and of eccentric coordination that we find in classical hendiadys."
(George T. Wright, "Hendiadys and Hamlet." PMLA, March 1981)

"[H]endiadys has the effect of using language in order to slow down the rhythm of thought and perception, to break things down into more elementary units, and thereby to distort normative habits of thought and put them out of joint. Hendiadys is a kind of rhetorical double take, a disruptive slowing of the action so that, for example, we realize that the hatching of something is not identical with its disclosure (Hamlet 3.1.174), or that 'the expectation and rose of the fair state' (Hamlet 3.1.152), rather than the merely expectant rose, define two distinctive aspects of Hamlet's role as heir apparent."
(Ned Lukacher, Time-Fetishes: The Secret History of Eternal Recurrence. Duke University Press, 1998)
Pseudo-Coordination
"For present-day English, [Randolph] Quirk et al. [A Comprehensive Grammar of the English Language, 1985] comment on the similarity between expressions like come and see, go to visit, try to do. They remark that 'the semantic relation is alternatively realized by coordinated clauses, especially in rather informal usage.' Quirk et al. (1985:987-88) return to the topic of hendiadys under the heading of 'pseudo-coordination,' noting that I'll try and come tomorrow is 'roughly equivalent' to I'll try to come tomorrow, and that they sat and talked about the good old times is 'similar in meaning' to they sat talking about the good old times. . . .
"[H]endiadic verbal expressions cover a spectrum that extends from 'core' examples like go and, come and, come along and, come up and, stand there and, sit around and, try and to a plethora of occasional types such as take a chance and, plunge in and, wake up and, go to work and, roll up one's sleeves and, and very many others that could be characterized as hendiadic in a broader sense."
(Paul Hopper, "Hendiadys and Auxiliation in English." Complex Sentences in Grammar and Discourse, ed. by Joan L. Bybee and Michael Noonan. John Benjamins, 2002)
The Lighter Side of Hendiadys
Elwood: What kind of music do you usually have here?
Claire: Oh, we got both kinds. We got country and western. 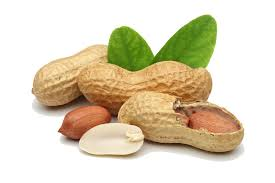 Posted by paul babicki at 9:57 PM No comments:
Email ThisBlogThis!Share to TwitterShare to FacebookShare to Pinterest


March is the official month for:

Posted by paul babicki at 9:24 PM No comments:
Email ThisBlogThis!Share to TwitterShare to FacebookShare to Pinterest