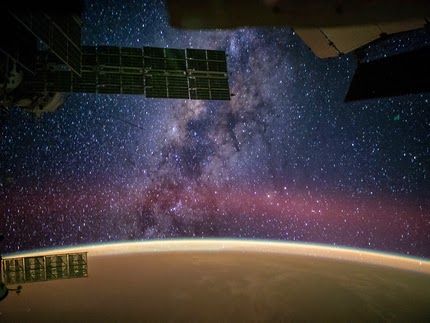 Your phone can receive messages from around the world. But how about emanations from beyond our solar system?
Scientists from the University of California (UC) have launched an effort to use smartphones to detect signs of cosmic rays, a form of high-energy radiation that sends subatomic particles zipping through space.
The CRAYFIS (Cosmic Rays Found in Smartphones) project is aimed at using the cameras in smartphones and tablets to detect the lower-energy particles that are produced when cosmic rays strike the Earth's atmosphere. The goal is to further understanding of what is producing cosmic rays and help figure out where they come from.
The researchers want to build a detector as large as possible so it will have a better chance of catching the rare particles. To do that, they need commodity hardware.
The silicon-based CMOS sensors in mobile device cameras work along the same principles as the sensors used in massive particle accelerators. The sensors can also detect higher-energy photons, the researchers note in a scientific paper posted on the physics website arXiv.
"We are attempting to build a detector that spans the entire world," UC Davis physicist Michael Mulhearn wrote in an email. "It turns out that the efficiency of each cell phone for detecting cosmic rays is right at a point where, with enough people, we'll be able to make world-class measurements."
Along with collaborators, Mulhearn and UC Irvine physicist Daniel Whiteson have developed an app for Android and iOS that activates when a mobile device is plugged in and not being used. It can report when a particle of interest hits its sensor and also relay related GPS information. The data are collated on a map on the CRAYFIS website.
While the researchers have shown that the technique works, they need numbers to make it effective.
"Most importantly, we have to make sure plenty of people around the world get involved and run our app," Mulhearn wrote. "We need to continue to fine-tune our algorithms to be as efficient as possible. A major technical challenge for us will be understanding (and correcting for) variations in detection efficiency that vary from phone to phone."
The research could have implications for electronics, especially supercomputers with many chips, because cosmic rays have been known to interfere with the charged particles inside chips. But the scientists are focused on the big questions of cosmology when it comes to cosmic rays.
"The case for studying cosmic rays is the same as that for studying other basic questions about the way the world works," Whiteson wrote in an email. "We are exploring the universe around us, hoping to gain insight into its workings rather than hoping to gain any immediate practical application."
CRAYFIS is a mobile follow-up to space-related distributed-computing projects using home computers. They include UC Berkeley's SETI@home, which was released in 1999 to look for signs of extraterrestrial life, and Einstein@home, which has found previously undetected radiowaves.

If you would like to listen to experts in all aspects of Netiquette and communication, try my radio show on BlogtalkRadio  and an online newsletter via paper.li.I have established Netiquette discussion groups with Linkedin and  Yahoo.  I am also a member of the International Business Etiquette and Protocol Group and Minding Manners among others. I regularly consult for the Gerson Lehrman Group, a worldwide network of subject matter experts and I have been contributing to the blogs Everything Email and emailmonday . My work has appeared in numerous publications and I have presented to groups such as The Breakfast Club of NJ Rider University and  PSG of Mercer County, NJ.
======================================================= 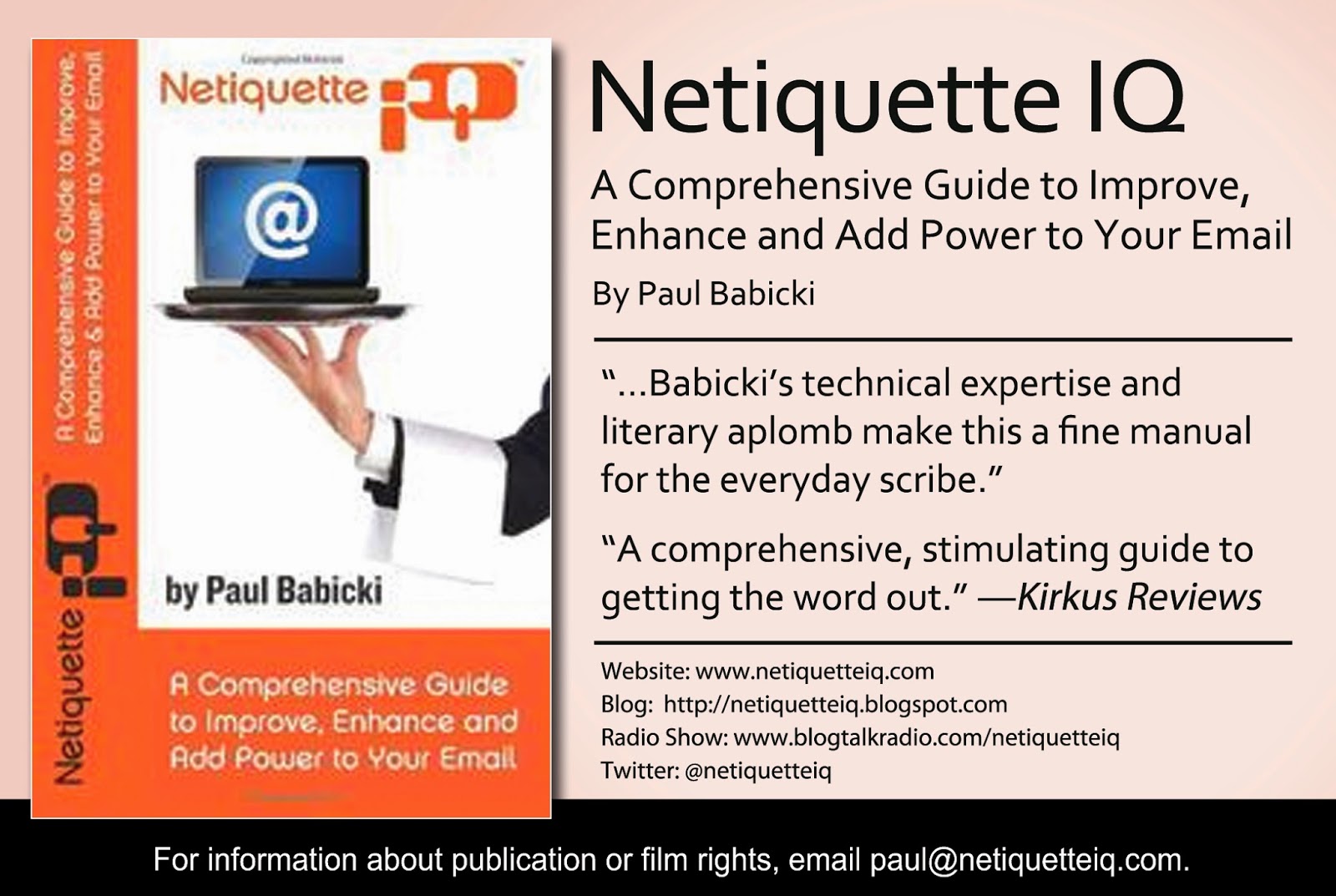 Posted by paul babicki at 8:04 PM
Email ThisBlogThis!Share to TwitterShare to FacebookShare to Pinterest